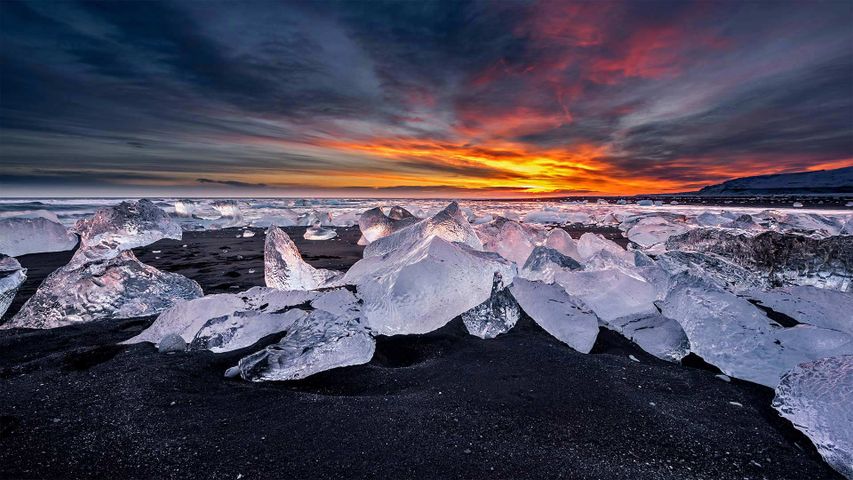 The icebergs stranded on this magnificent black sandy beach in Iceland are what give Diamond Beach its name. Sparkling like gems, they're a natural museum of sorts for tourists who flock to this beach year-round to walk among the nature-made sculptures, with some icebergs as tall as the tourists themselves.

It’s about a five-hour drive east from the capital of Reykjavik to get here. But the biggest attraction in this area is Jökulsárlón, the glacial lake just across the Ring Road from this beach. It's a sparkling, still, blue lagoon dotted with huge glacial icebergs, which tourists motor around via pontoon boats. The lake began forming in 1934, when the Breiðamerkurjökull glacier started retreating, leaving the lagoon in its path. The lake's size has increased fourfold since the 1970s.