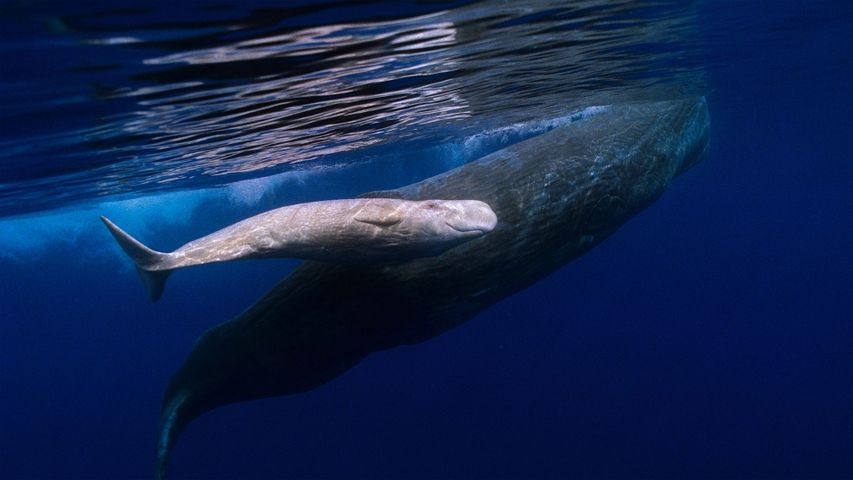 Celebrating whales—and a whale of a tale

A mother sperm whale surfaces in the North Atlantic as her young albino calf swims beside her. It's an especially photogenic moment for these underwater powerhouses, which spend much of their time in the dim depths over 1,000 feet below the waves. You're meeting them to commemorate the day in 1841 when a young Herman Melville set out from New Bedford, Massachusetts, USA, on a whaling voyage to the South Pacific that would help inspire his masterwork 'Moby-Dick.' Today at the New Bedford Whaling Museum, Melville fans will 'begin a marathon public reading of the novel—an annual event that lasts a leviathan 25 hours.

Though the calf may bear resemblance to Melville's fearsome white sperm whale Moby Dick, the whale family in the photo is nowhere near New Bedford or the Pacific. They're on the other side of the planet in Portuguese waters, but we had no choice but to take you that far: little Moby Jr. is a rare sight since albinism only appears in about one in 10,000 mammal births, and the worldwide sperm whale population stands at only about 300,000.

The Earth as seen from the International Space Station