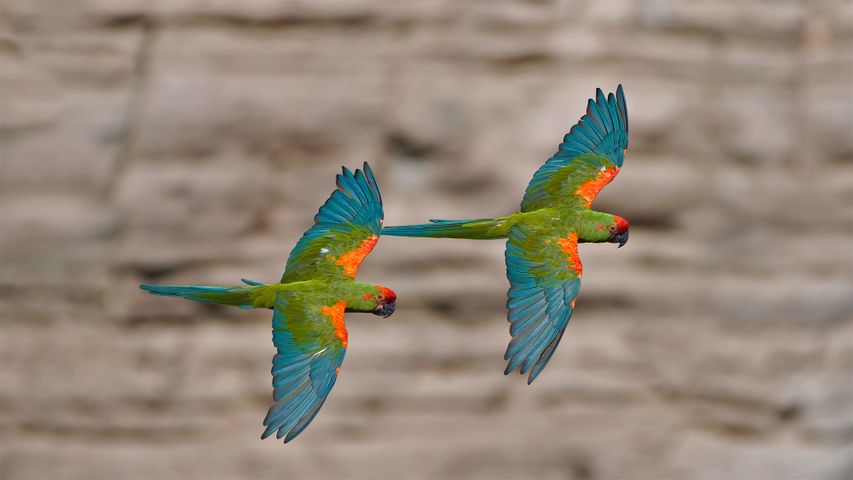 Today, we're looking at two red-fronted macaws. These birds are endangered, but they're not hard to find at the Red-Fronted Macaw Reserve in Bolivia, where this picture was taken. They're easiest to spot during breeding season, which runs from November to May, and they usually fly in pairs or larger groups.

American National Bird Day is observed on January 5 (India observes its own Bird Watching Day on November 12), which coincides with the end of the Christmas Bird Count—a citizen survey that looks at native bird populations in the US. National Bird Day puts the focus on birds around the world, especially those threatened with extinction due to the pet trade, habitat loss, and climate change.