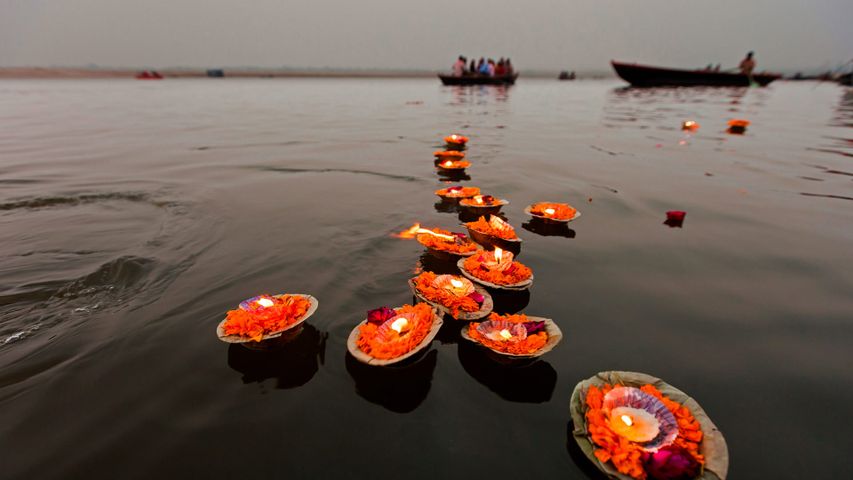 These floating candles are part of the Ganga Aarti ceremony, a nightly ritual here in Varanasi, which is a holy city for followers of Buddhism, Hinduism and Jainism, all of which are ancient religions of India. Tourists join congregants who gather at the river’s edge as practitioners make offerings of light to the goddess Ganga, the river’s namesake. In addition to Varanasi’s religious significance, this diverse city in North India also draws tourists for its ornate temples, silks and archaeological sites.