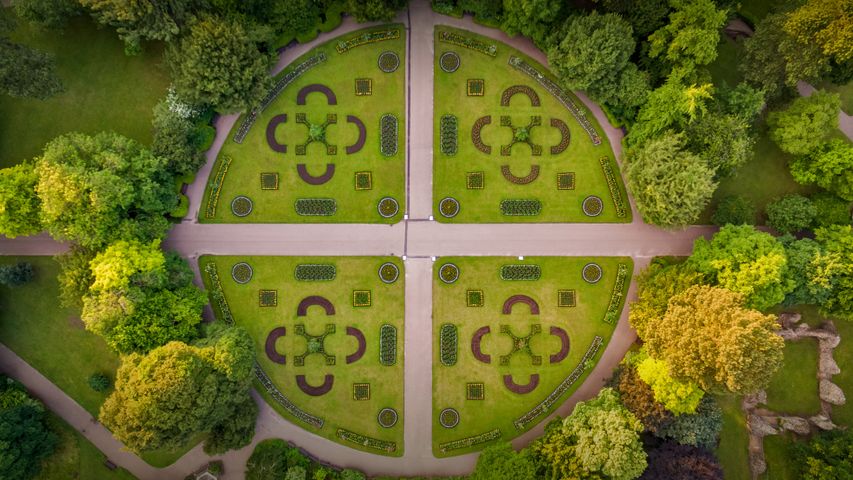 The stunning Abbey Gardens in Bury St Edmunds surround the ruins of the town’s 11th-century Benedictine monastery. Founded in 1020 by King Canute, the abbey was due to celebrate its 1,000th anniversary two years ago, but celebrations were postponed until this year because of the pandemic. The abbey was a powerhouse of medieval England until Henry VIII’s Dissolution of the Monasteries in 1539, but the remaining ruins on the site are extensive, including the 14th-century Great Gate, the Norman Tower and the west front of the church.

Its gardens have evolved over time. In 1831, Nathaniel Hodson took the original gardens and designed them as a botanic garden with concentric circles, inspired by the Royal Botanic Gardens in Brussels. A century later, the park’s circular beds were replaced by 64 island beds in honour of George VI’s coronation in 1937. A water garden and rose garden added more dimensions to the park, followed by a herb garden and a sensory garden for the visually impaired. Today, gardeners plant about 20,000 plants in the spring for summer visitors, and then they do the same with 12,000 plants and 20,000 bulbs each autumn, in anticipation of a colourful display the next spring.