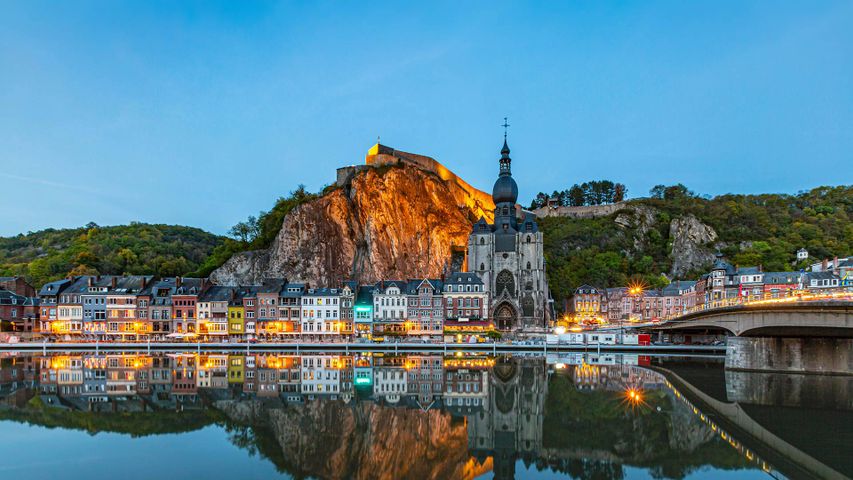 On July 21, Belgium celebrates its independence from the Netherlands and the anniversary of the establishment of the Kingdom of Belgium in 1831. The holiday brings us to the banks of the River Meuse across from the Collegiate Church of Notre Dame de Dinant, the best-known landmark in the Belgian town of Dinant in Namur province. For such a small city (with a population of about 14,000), Dinant has a rich history. It's the birthplace of Adolphe Sax, inventor of the saxophone, and has a museum dedicated to his life and instruments.

The Charles de Gaulle Bridge, which crosses the Meuse, is lined with 28 saxophone sculptures, each one representing a different country in the European Union. Namur province is also the birthplace of Leffe beer, which was brewed by monks in the abbey of Leffe starting in 1240. Of course, you can celebrate Belgium today with classics like Belgian waffles, fries, or chocolates. But if you're in Dinant, you might also crack open a Leffe and listen to your favourite saxophone player.