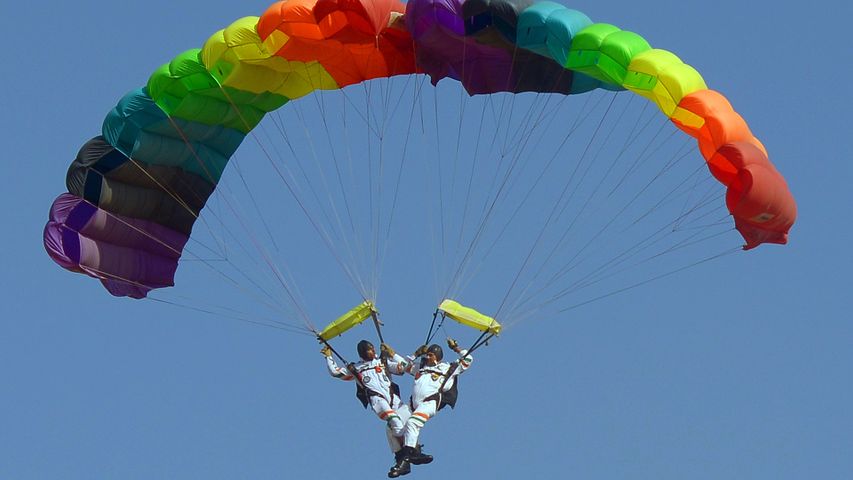 You are looking at part of the Akash Ganga team – the Indian Air Force’s 14-member team of skydiving daredevils. This year, India is observing its 88th Indian Air Force Day. It was on this day in 1932 that the Indian Air Force came into effect - then known as the Royal Indian Air Force. In 1950, when India became a republic, the ‘Royal’ prefix was dropped. Starting with a humble fleet of five Westland Wapiti biplanes and five Indian pilots in India’s Squadron Number One, the IAF is today the world’s fourth largest air force (after the United States, Russia and China), boasting 1,500 aircraft and 1,70,000 personnel.