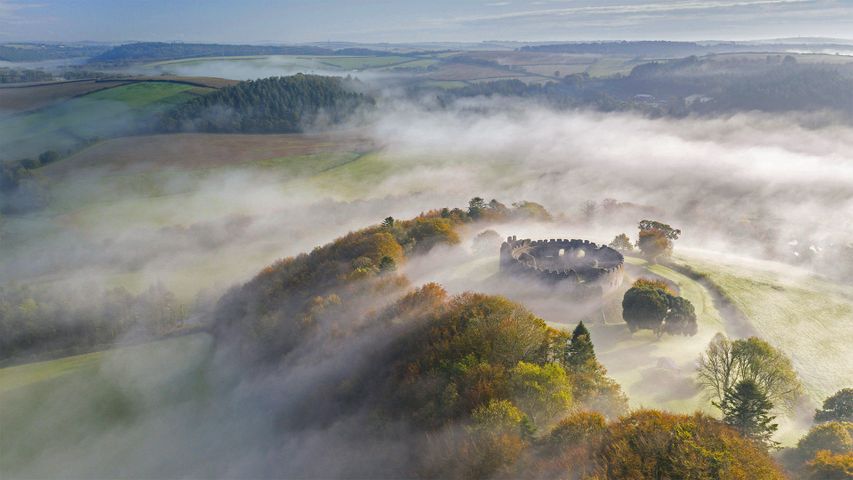 The circular castle of Cornwall

Many generations watched fog roll over this countryside long before the bellicose Norman visitors who built this fortress got the chance. The peninsula of Cornwall has been populated since the Mesolithic period 10,000 years ago, and is one of the traditional Celtic nations—areas of the British Isles and France where the Celts' culture survived Roman, Norman, and other outside influences despite repeated attempts at incursion.

Restormel Castle is one of the best-preserved keeps of its era in the UK, and also stands apart for its rare rotund shape. Built by the conquering Normans in the wake of their 1066 invasion of Britain, it was fortified as a perfect stone circle a hundred years later. Soon it was renovated into a luxurious palace with rudimentary plumbing and coveted hunting grounds. But after centuries of off-and-on use, it fell into disrepair after the English Civil War ended in 1651. It was acquired by the British government in the early 20th century. Open to the public, Restormel is now managed by the English Heritage charity trust.