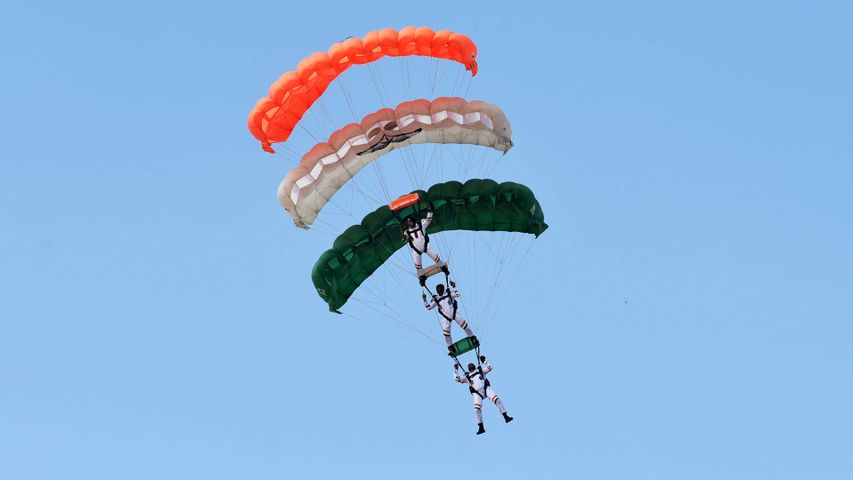 The Indian Air Force was officially established on 8 October 1932, by the British Empire. It aided in the efforts of the allies in World War II, and was recognised with the prefix ‘Royal’ during the time. The IAF continued to be known as the Royal Indian Air Force, or RIAF well past India’s independence. The ‘Royal’ was dropped three years after India became a republic in 1950. While the Indian Air Force has its obvious military-aid duties during times of conflict, it also provides impeccable airlift and food-dropping services during times of calamity and in areas of famine. Today on Indian Air Force day, we salute the IAF for its contributions to the country.

The interior of Jama Masjid in Delhi, India