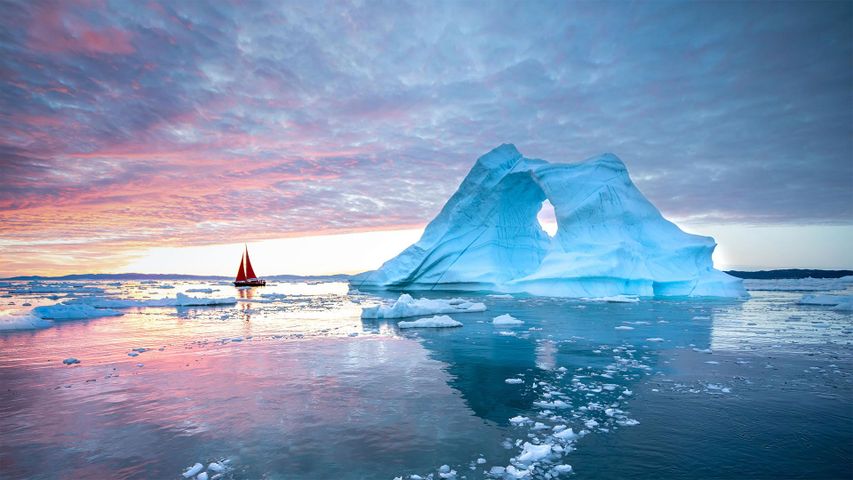 Going with the floe

Welcome to Disko Bay near the town of Ilulissat, Greenland, where the Sun will dip below the horizon for just an hour and a half tonight. In fact, for several weeks in the period around the summer solstice, the Sun doesn't set at all on Disko Bay. Technically, the 'midnight sun' occurs in places north of the Arctic Circle or south of the Antarctic Circle when the Sun remains visible at midnight. This natural phenomenon lasts from April to August in the northern regions of Greenland. (The opposite effect, polar night, occurs during winter months when the Sun does not rise above the horizon.)

So much light during the summer months means that the massive icebergs in nearby Ilulissat Icefjord are easily visible from this west-coast town, which is home to about 4,500 people, most of them indigenous Inuit. Ilulissat is also home to nearly as many Greenland dogs, which are sturdy sled dogs with thick fur that prevents frostbite. They're bred for long-distance travel in cold climates, and those physical attributes come in handy because, even at the height of summer, average daily temperatures here barely rise above 10 C, despite all that sunlight.