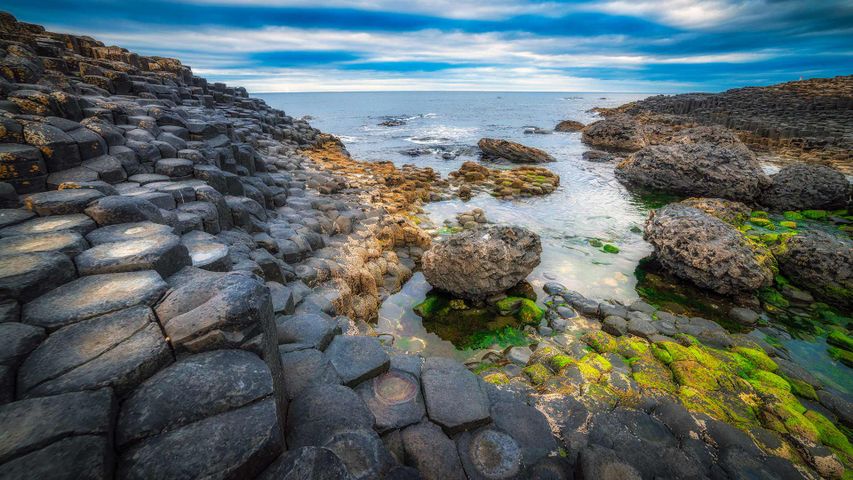 These spectacular black basalt columns on the north coast of Northern Ireland are the stuff of legend. Here in County Antrim, about 40,000 interlocking geometric shapes form stepping stones from the foot of cliffs into the sea. The Giant’s Causeway is said by some to be the remains of a bridge created by an Irish giant to get at his Scottish rival, which would explain why it lines up with similar stone columns across the sea on the uninhabited island of Staffa. Not to mention the “Giant’s Boot” rock formation – said to be a size 93.5 - one of several unusual shapes to spot on this coast.

But for those who don’t buy the legend of the giants, science has an answer. About 50-60 million years ago, this part of the world was a lot more volcanic than it is now and it was then that this geological marvel was formed. Lava cooled and contracted, with cracks spreading across the plateau to form these largely hexagonal shapes. Either way, this Unesco World Heritage Site, situated within the Causeway Coast Area of Outstanding Natural Beauty, remains one of the jewels in Northern Ireland’s crown and a world-renowned geological treasure.