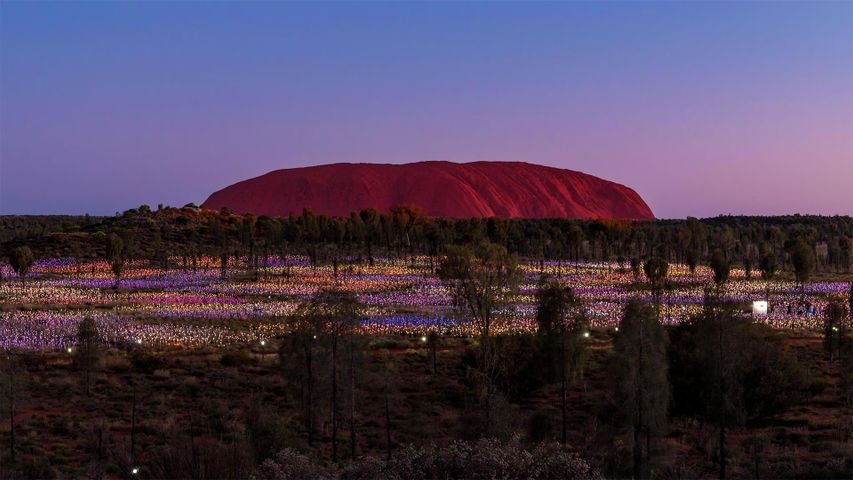 This Australian landmark is usually pictured in sweltering desert sunlight. Now this 21st-century addition near the ancient rock of Uluru has people flocking here, even at night. British artist Bruce Munro's Field of Light installations, which blanket landscapes in thousands of small LED lights, have appeared around the globe. The first was created on a field behind his house in Long Knoll, Wiltshire, in 2003. But it was decades ago, while camping here at Uluru that Munro first had the idea for an immersive artwork that would bathe its surroundings in soft light at night, like desert flowers that bloom after dusk in the Australian Outback. Munro was finally able to bring Field of Light to this forest near Uluru in 2016, and it became so popular with visitors that it's been extended indefinitely.