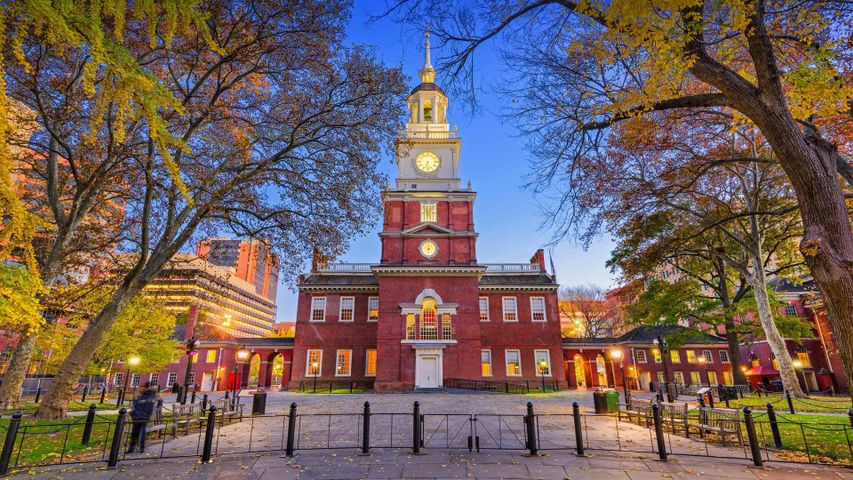 The Second Continental Congress assembled here regularly from 1775 to 1783, working to create the formal structure of the new nation. That alone would be enough to give Independence Hall historic importance. But it’s also where the Founding Fathers discussed, refined, and adopted the Declaration of Independence and the Constitution. And in 1915, President Taft hosted a meeting here that would eventually lead to the formation of the United Nations. If you find yourself in the neighborhood, this would be a great spot to celebrate today’s observance: Constitution Day.