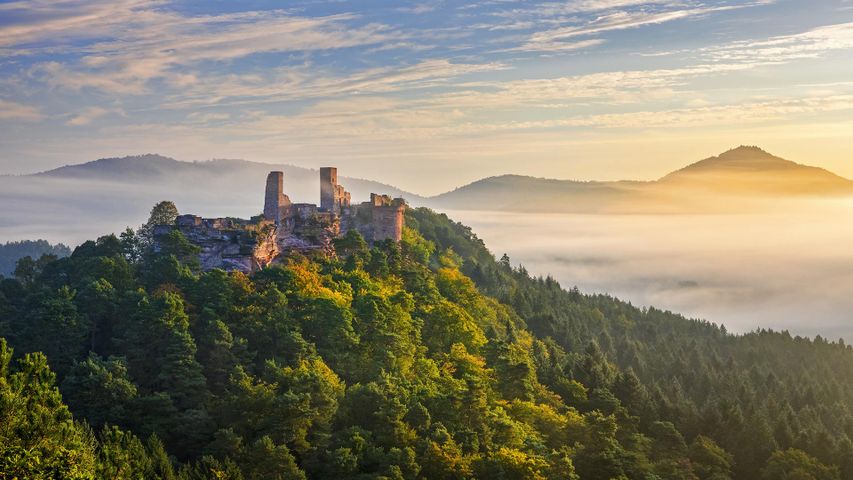 Rock castle in the Palatinate Forest

Altdahn Castle, the ruin of a rock castle built in the 13th century, is located near the small town of Dahn in Rhineland-Palatinate in Germany. Together with the castles Grafendahn and Tanstein the Altdahn Castle forms the so-called group of castles at Dahn in the southern part of the Palatinate Forest.

Over the centuries Altdahn Castle has been destroyed repeatedly during wars and attacks, but the castle has always been re-built afterwards. But finally, in the year 1689, it was destroyed completely by French troops at the beginning of the War of the Palatine Succession.

A museum is located in the area of the castle today. The exhibition includes finds from past centuries and also some paintings from the famous composer Felix Mendelssohn Bartholdy, who visited the area back in 1844 and painted the castle ruins during his stay.