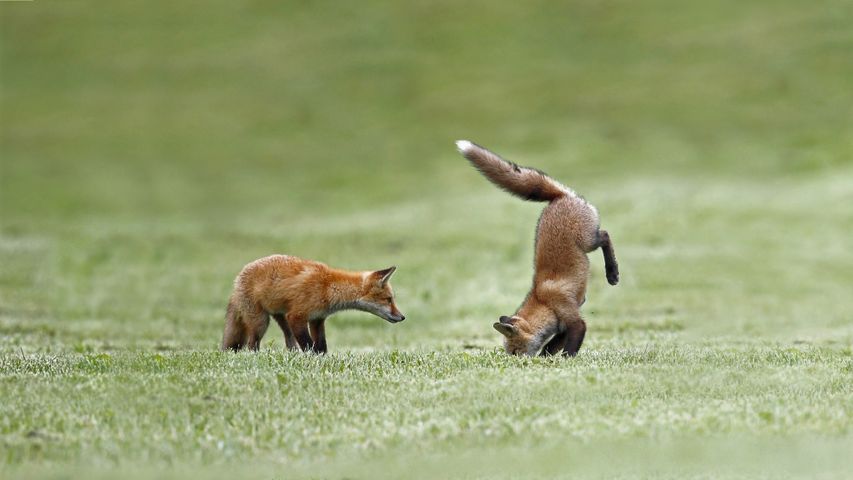 At first glance, these red fox kits might look like they’re just enjoying playtime in a Canadian field, but this is serious business. The kits are actually practicing crucial hunting skills. Called ‘mousing,’ a fox jumps high so it can surprise its prey from above. These little guys are going to get the hang of it pretty quickly, too. Baby foxes grow up very fast — after only about a year they're roughly fully grown and ready to leave their den. This pair is about 4 months old, which is just about when they’ll get pushed out to hunt for themselves.

There’s no denying that fox hops are cute but scientists have observed an interesting phenomenon about them. When a fox is on the hunt, regardless of the time of day, weather, or other factors that could affect how it sees its prey, a fox will almost always jump facing northeast. When it's forced to jump in another direction the hunt is rarely successful. It’s believed foxes use the Earth’s magnetic field to measure distance, which increases their accuracy. Clever as a fox, indeed.