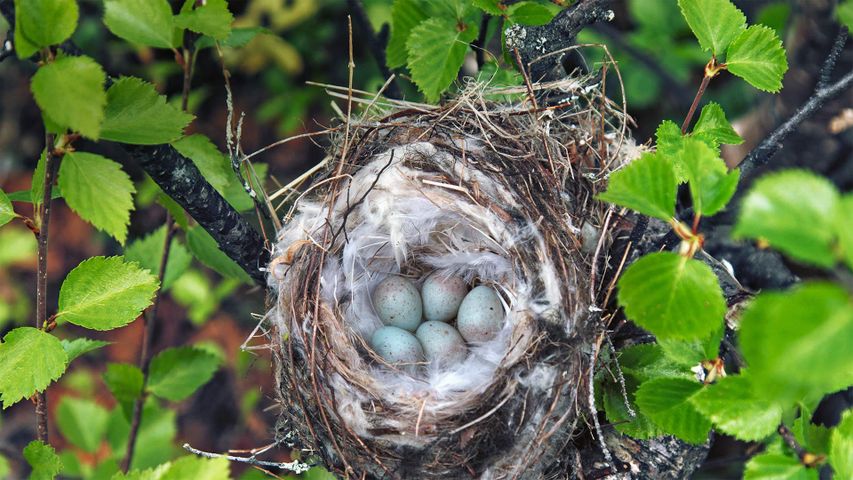 What bird will these eggs become?

These colourful little eggs are the progeny of the hoary redpoll, also known as the Arctic redpoll because of its extreme northern habitat. This hardy finch spends much of its time, including breeding season, in the brushy tundra of the northern polar regions. Because of the extreme cold, the female will often line her nest with feathers, particularly white ptarmigan feathers, as these appear to be. Sighting a hoary redpoll is a rare treat. The bird doesn't exactly migrate, but in winter it will sometimes fly short distances in search of food. You’ll recognise a hoary redpoll by its small yellow bill, red cap, dark face, and “frosty” white underbody streaked with brown. Or, listen for the “chif chif chif” of its call.