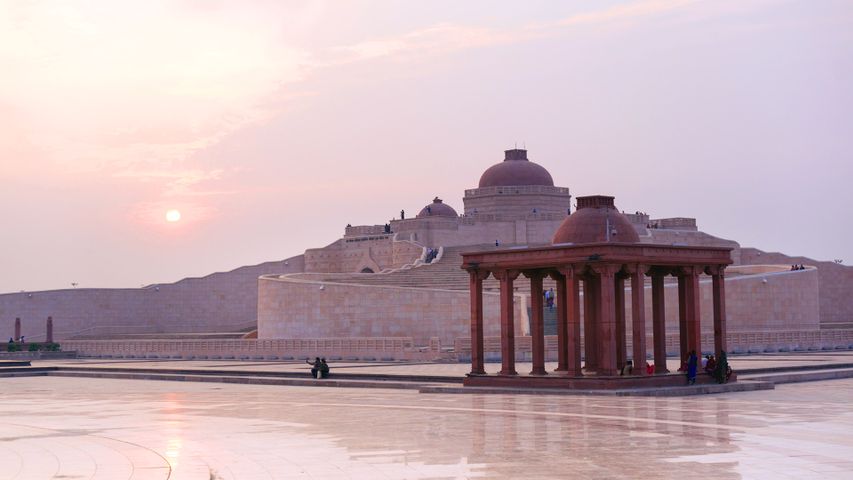 In remembrance of Dr. Ambedkar

Today, on Ambedkar Jayanti - we take you to the Ambedkar Stupa in Uttar Pradesh’s Ambedkar Memorial Park, in honour of Dr. Bhimrao Ramji Ambedkar. He is usually referred to as ‘father of the Indian constitution’. Apart from his contribution to the constitution of India, Ambedkar is also remembered for his work towards social reforms, especially for the Dalit community. He was also a jurist, economist, politician – and independent India’s first Law & Justice Minister.

Effigies of Ravana, Meghanada, and Kumbhakarna in New Delhi, India