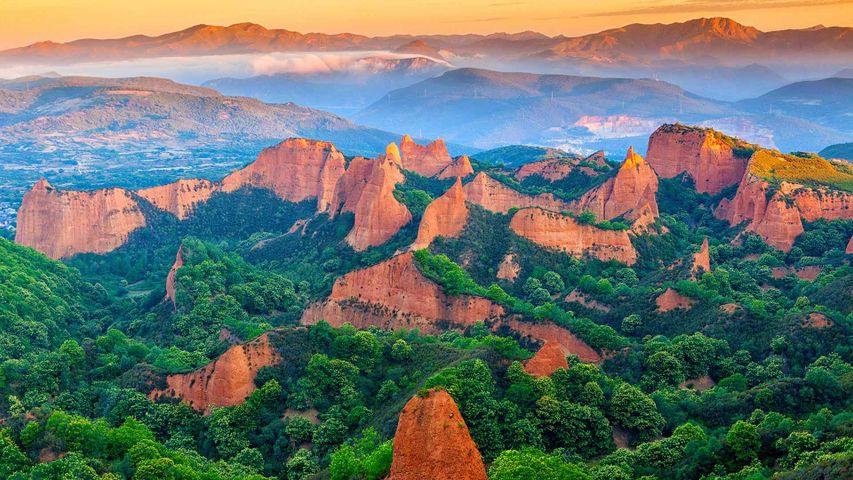 Where the Romans struck gold

The Romans certainly left their mark on this corner of northern Spain. Here in Las Médulas, in the province of León, the mountainous landscape was permanently transformed by at least 150 years of mining for gold. The Romans built a complex system of tunnels and canals and used running water to demolish the clay mountains and free the precious metal within. Once home to hundreds of tonnes of gold, it became the largest open air mine in the sprawling Roman Empire.

Excavation came to an end in the 3rd century AD and from then on, nature has reclaimed this strange landscape. Now covered in chestnut trees and oaks, roe deer, wildcats and boars are among animals to roam the area, which is a Unesco World Heritage Site. The contrast of colour and light is said to be most spectacular during the spring and Las Medulas looks particularly stunning at sunset, when the light enhances the earth’s reddish hue.