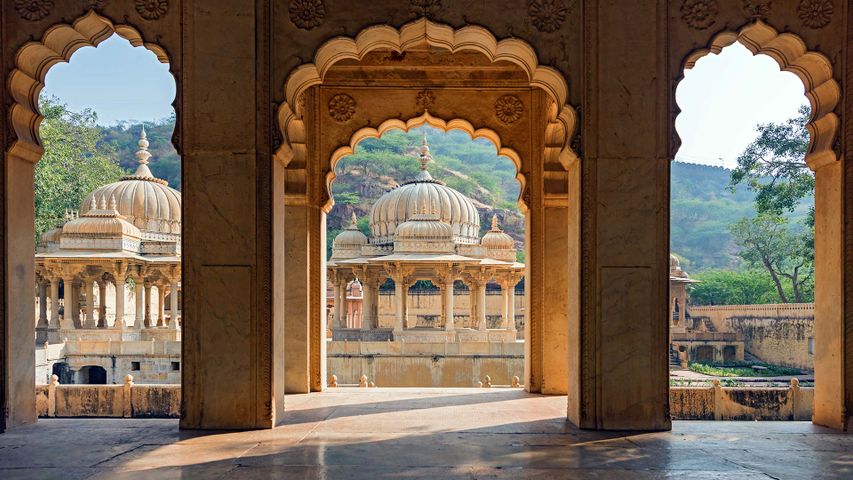 A tribute to maharajas of Rajasthan

Today, on Rajasthan Day, we take you to the Gaitore Cenotaphs of the state – a series of 20 domes or ‘chhatris’ built at the cremation sites of maharajas who once ruled the region. The most famous of these - and the oldest – is the marble cenotaph of Raja Jai Singh II. Its dome has sculptures representing 18 apsaras and gandharvas (nymphs and celestial musicians).

The state of Rajasthan was formed on this day in 1949, two years after independence. India’s largest state by area, Rajasthan shares a border with Pakistan. Hosting 3 national tiger reserves, much of the Great Indian Thar Desert, and the Mount Abu hill station, Rajasthan has, over the years, become a symbol of India’s colorful diversity, especially to the photography enthusiast.