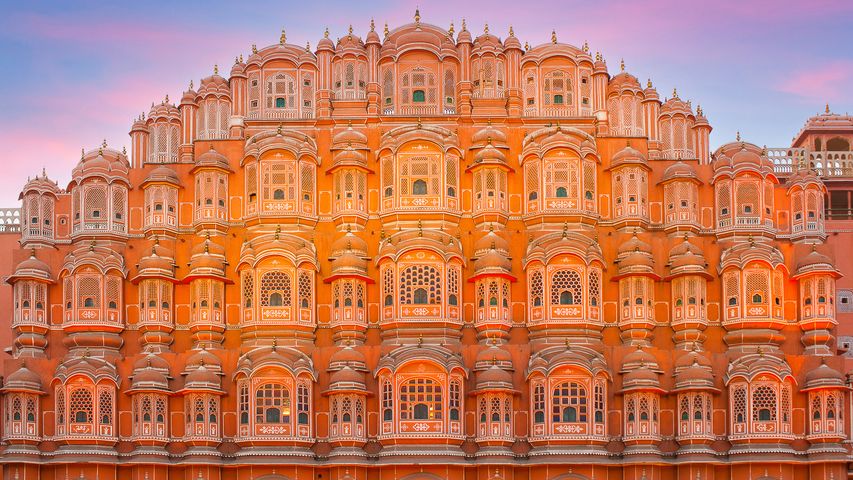 A royal window to the world. Hawa Mahal

Hawa Mahal, also known as the “Palace of Winds”, was built in 1799 as an extension to the Royal City Palace of Jaipur. It allows the royal ladies, who at the time strictly observed “pardah”, to be able to watch any processions and activities on the street without being seen by the public.

Located in the heart of Jaipur, India, this beautiful five-storey palace has 953 windows on the outside walls. The honeycomb-shaped and beautifully carved windows allow the breeze to blow through the palace and keep it cool and airy in summer. Despite a large number of windows, each of them is the size of a peephole such that the royal ladies were not to be seen by the public.

It is one of the most visited places in Rajasthan and the reason why we are showing it today is that we are celebrating Rajasthan Day. Rajasthan earlier known as Rajputana came into existence on March 30, 1949.