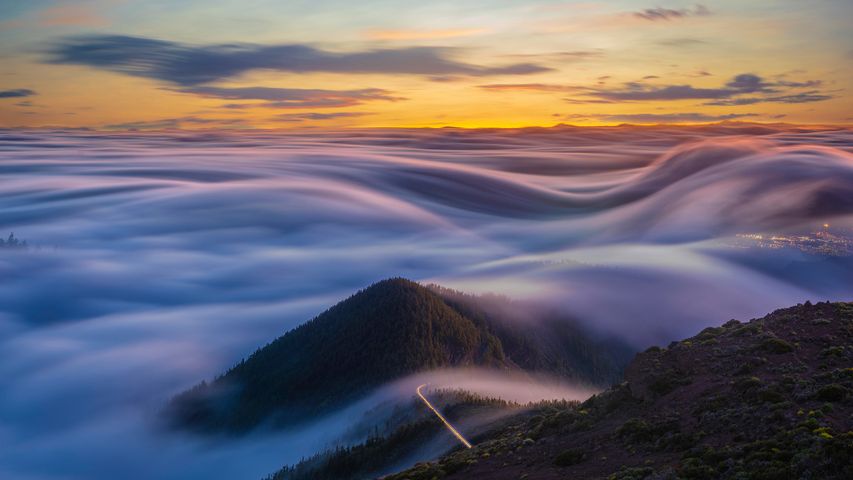 A sea of clouds

This breathtaking scene on the Spanish island of Tenerife is known as the ‘mar de nubes’, or sea of clouds and is an atmospheric phenomenon that is very common in the Canary Islands. It forms when cool, humid trade winds arriving from the north east cannot rise due to hot, dry air from the south, hanging above the island.

Instead, these stratocumulus clouds appear at a height of between 500 and 1,500 metres, and, in the north of the island, can be spotted flowing around the mountains. Usually dark in colour, at dawn the clouds can acquire a bluish hue similar to the sea. Best enjoyed from high places, if you can hike above the cloud line you will be greeted by blue skies above and beneath you, a hypnotic, otherworldly sea.