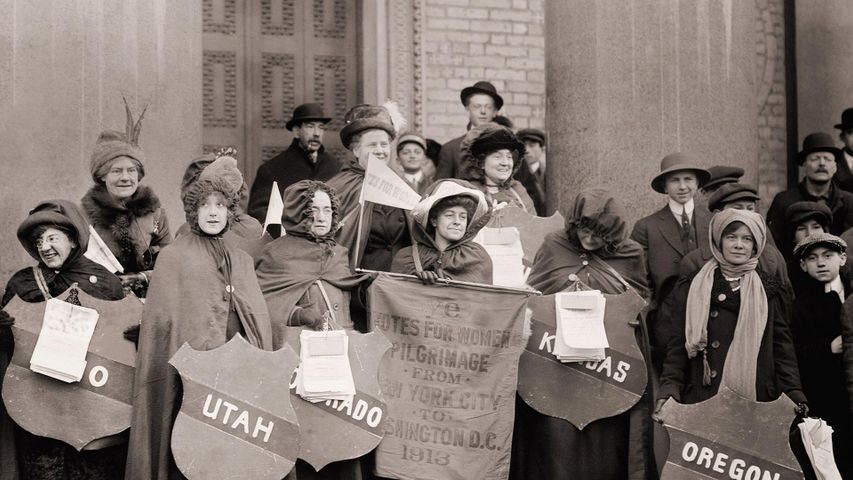 Casting a vote for women's history

This historical photo commemorates a group of women who came to Washington, DC, to march alongside thousands in the Woman Suffrage Procession on March 3, 1913. Organizers scheduled the protest on the day before President Woodrow Wilson's inauguration to draw maximum publicity to their cause—voting rights for women. But it would be another eight years before American women would finally be guaranteed the vote. That came on August 18, 1920, with the ratification of the 19th Amendment to the Constitution, after a century of protest and activism.

March is Women's History Month in the US, the UK, and Australia. In the US, this year's theme celebrates the original suffragists who fought for and won voting rights for women. It also honors women today who fight to ensure access to voting as we approach the 100th anniversary of the 19th Amendment.