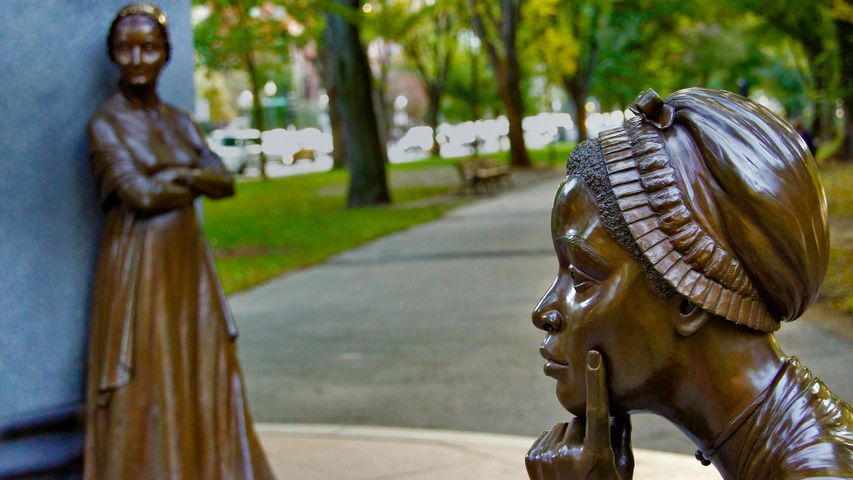 How will you observe Women’s History Month? To get us started, we’re taking a close look at the Boston Women’s Memorial. In the foreground of our homepage photo today, we see a statue of Phillis Wheatley, the first African American woman to publish a book of her own poetry. The statue in the background depicts Abigail Adams, who was so politically and socially active in the early years of the US, that she is referred to as a Founding Mother and sometimes added to the list of Founding Fathers. Adams used her position as the wife of President John Adams to speak out against slavery, and in favor of women’s rights.