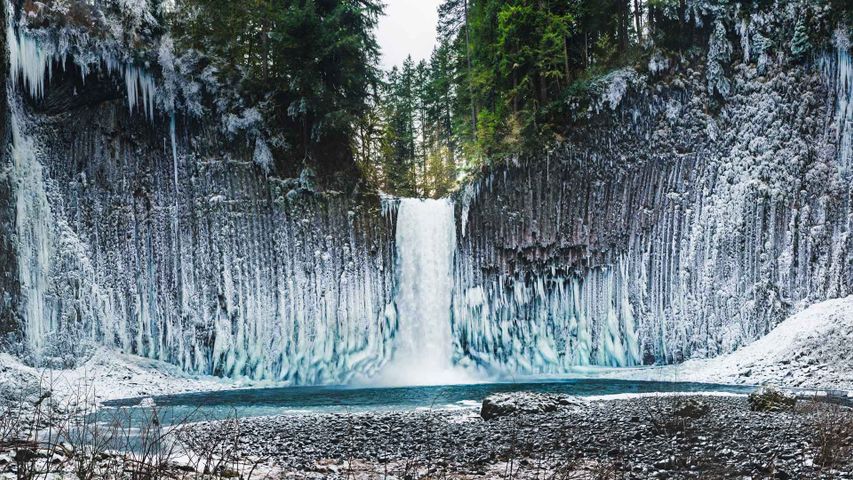 Abiqua Falls in the US state of Oregon is a beautiful example of a basalt column amphitheatre. Over 90 per cent of all volcanic rock is basalt, but only a small fraction of it forms into the hexagonal columns that you see here. When molten lava hits the atmosphere, the rapid cooling of the rock causes it to contract into columns. It's just part of what makes Abiqua Falls so spectacular.

The waterfall is on the grounds of the Mount Angel Abbey, a Benedictine monastery formed in 1882. The monastery now houses a seminary school, a library, retreat centre and a successful brewery. Monks and brewing have a long tradition together - medieval monks were credited with developing the first true breweries as early as the 9th century. Beer was a common drink back then because it was healthier than the (often polluted or diseased) water generally available to the public.