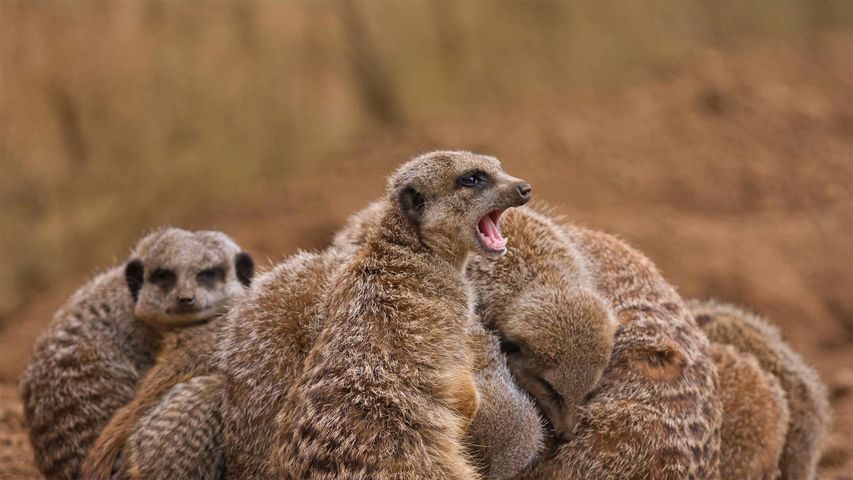 Meerkats, also called suricates, are very sociable animals that play together and groom each other. Members of the mongoose family, they live in mobs (yes, that's what a group of meerkats is called) of 20 to 50 individuals which work together and share underground burrows to stay cool in the desert heat.

The meerkats in this photo are striking a fittingly American-football-like pose for Super Bowl LIV, which takes place today at Hard Rock Stadium in Florida, USA. America’s biggest sporting event is also very popular in the UK. So if you’re among fans, grab some snacks, find your spot on the couch and settle in for a late night – thanks to the time difference.

Meerkat with pups in Keetmanshoop, Namibia