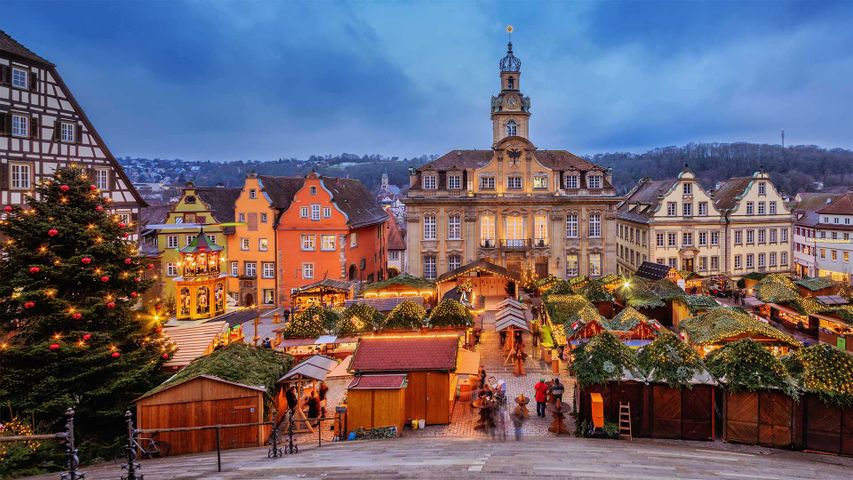 The streets of this market square are all decked out in a tradition which started nearly 700 years ago. Weihnachtsmarkts or Christkindlmarkts (Christmas markets, if you prefer less of a mouthful), take place around the world but they originated in Germany as a celebratory way to observe Advent, the Christian season leading up to Christmas Eve. These markets are generally open-air attractions where everything is decorated, including the trees (called Tannenbaums in German, if they're firs).

People buy from local artisans who sell their handmade goods in small wooden chalets. Then it's off to enjoy some traditional foods - roasted almonds, pastries and biscuits - and sip on warm mulled wine. Today we're walking through Schwäbisch Hall, a German town that rose to prominence during medieval times thanks to its salt production, or white gold, as it was known. If they tire of shopping and dancing in the streets, visitors can ease into one of the town's many healing spas to end the day.