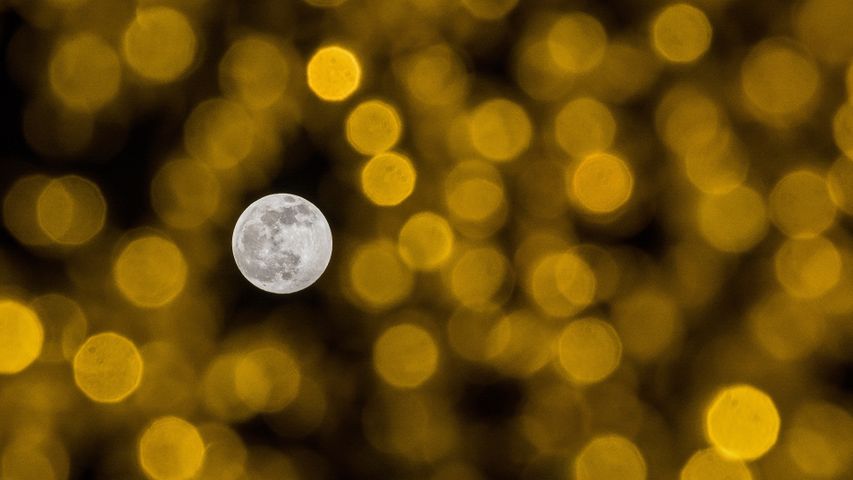 Each month of the year has at least one full moon, often with nicknames related to the season. In the Northern Hemisphere, where December is the start of winter, its first full moon is known as the ‘cold moon’. It's sometimes called the 'long night moon' too, as the winter solstice is just around the corner.

If the sky is clear enough to see tonight's full moon, do gaze up at it, knowingly, and inform your companions that December's full moon is known as the ‘cold moon'. For extra points you can explain that, as lunar cycles are just under 30 days, every so often you get two full moons in a month. The second one is known these days as a blue moon, thanks to a mistake made in an article in 1946. Traditionally a blue moon was the third full moon in a single season with four full moons. Either way, it’s a rare event.