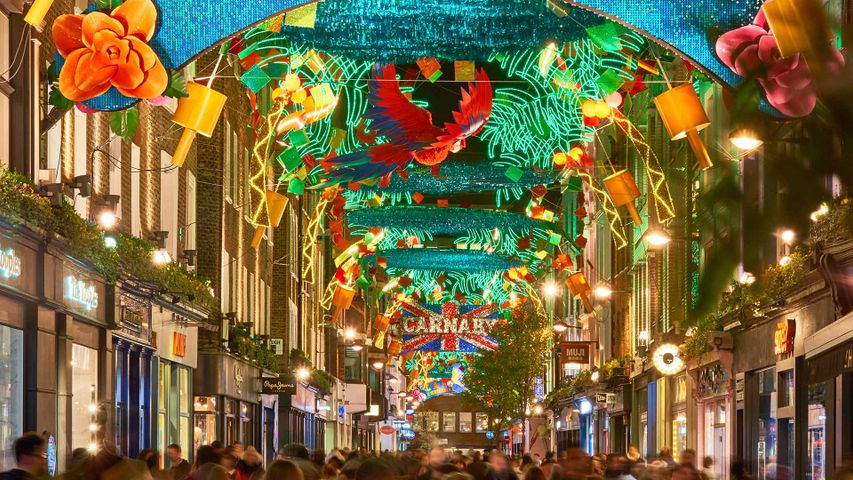 Welcome to Carnaby Street, in the heart of London’s West End. This famous Soho street is bustling at this time of year as shoppers seek out presents, tourists soak up the atmosphere and workers head to office Christmas parties. Carnaby Street is often associated with the Swinging Sixties – when many designers, including Mary Quant, had boutiques there. It’s still a hub for fashion and is one of several West End streets which really go to town on their Christmas lights. Our homepage image shows the colourful carnival-style display from 2017 – this year Carnaby Street is embracing sustainability with an underwater theme. The decorations are made of recycled or reusable materials and the lights are powered by renewable energy.

While illuminated Christmas trees in Great Britain date back to Queen Victoria’s time (they were lit up with candles in the pre-electricity days), the first organised street Christmas lights in London were in Regent Street in 1954. The tradition is now observed in cities, towns and villages across the UK, bringing a bit of cheer and a warm glow to visitors on these cold, dark winter nights.

Aurora Borealis above the Brooks Range in Alaska, USA