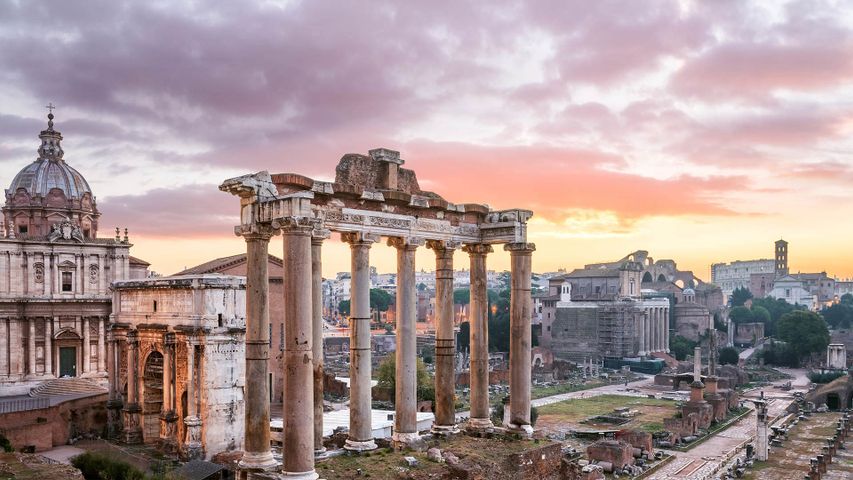 We're looking at the Temple of Saturn, one of the oldest structures of the Roman Forum here in Italy’s capital city. It was here that ancient Romans began their celebrations of Saturnalia, which began on 17 December. Both the temple and the festival are dedicated to the agricultural god Saturn, who was associated with prosperity and peace. Saturnalia festivities kicked off with a sacrifice at the temple, followed by a public banquet and a week of general merrymaking. Activities included gambling, eating, drinking and playing music. Businesses and schools closed, and even slaves were free from work and allowed to participate in the merrymaking. Many Saturnalia customs evolved into Christmas traditions, such as gift giving, decorating homes with wreaths and drinking spiced wine.

Long exposure of traffic on a motorway in Osoyoos, British Columbia, Canada