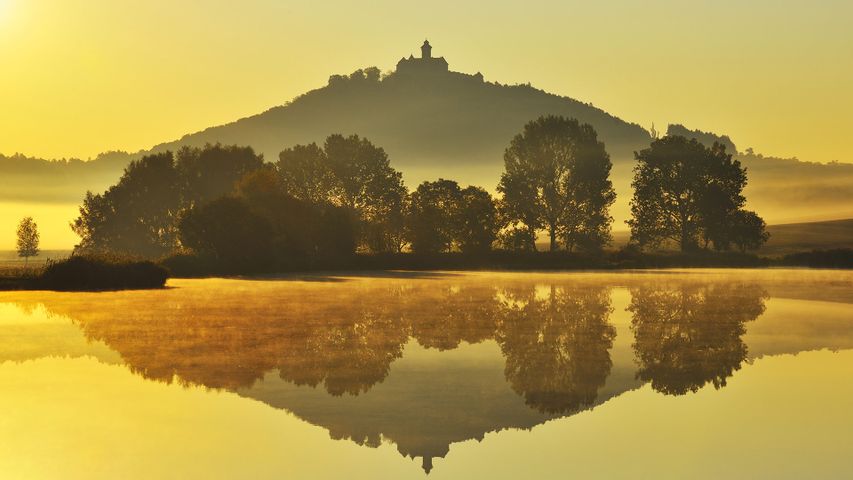 The first leaves have already fallen, the temperatures in the morning are steadily decreasing and from today it is official: autumn has begun in Germany. The Veste Wachsenburg featured on today’s homepage can look back on a centuries-old and eventful history. Its origin lies around the year 930, and in the following time the summit castle was destroyed several times and rebuilt or expanded.The Wachsenburg is part of a medieval castle ensemble called"Three Equals".In addition to the Wachsenburg in the Ilm district, the "Three Equals" include the castle Gleichen and the Mühlburg, which are located in the District ofGotha.Today, the Wachsenburg houses a hotel and a museum. There is also a restaurant, which is often visited by hikers. That would be exactly the right destination for a first autumn trip to Germany!