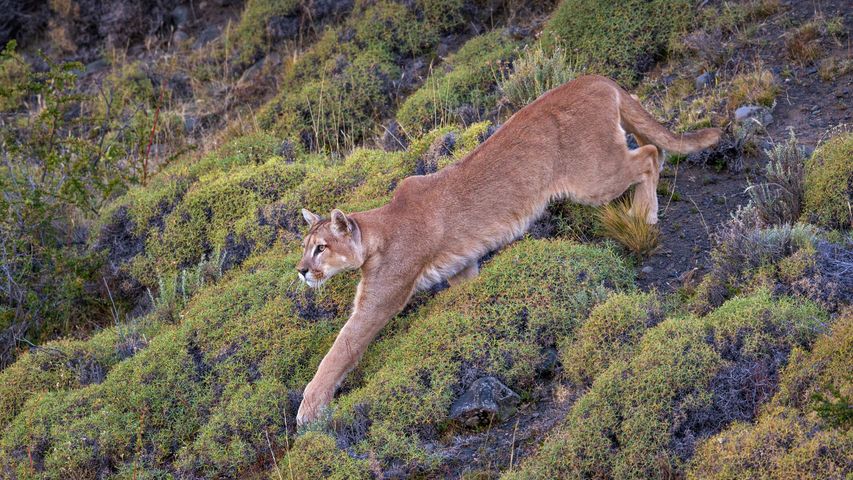 Nimble and stealthy. Puma in Patagonia

Odds are this very focused puma has its eyes locked on a guanaco, a relative of the llama that's firmly at the top of its daily menu. In this case, dinner will be served in Torres del Paine National Park in the Patagonia region of Chile, the sprawling park recognised as one of the most famous places in the world to watch and photograph wild pumas. While many tourists prefer Patagonia's warmer seasons, puma enthusiasts head to Torres del Paine from May to August – what's known locally as the secret season, when trained guides take visitors on hikes or all-terrain vehicle tours to look for the stealthy pumas. The wild cats have been officially protected for the last few years, bolstering their population, and there are abundant guanacos in the Patagonian steppes, which also helps.

The puma (which is the same big cat you might call a mountain lion or cougar) is the fourth-largest cat in the world, following the lion, tiger, and jaguar. Pumas don't roar like their large cousins; instead, they purr like house cats. That might explain why people in Patagonia simply call pumas 'gatos' ('cats' in Spanish). With their characteristic slim build and impressive camouflage colouring, these canny hunters can live 10 years in their remote Patagonian home.