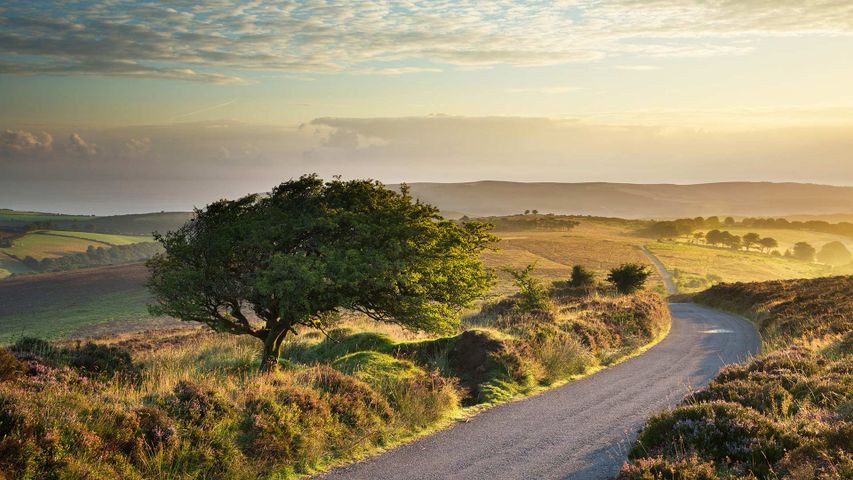 Welcome to Exmoor National Park, a patchwork of landscapes covering 430 square kilometres of south-west England. Here, grassy open moorland and heather-covered hills nestle up against wooded valleys, streams, waterfalls, farmland and some of the highest sea cliffs in the country – scenery which inspired RD Blackmore’s 1869 historical romance novel Lorna Doone.From Exmoor’s highest point on Dunkery Hill, visitors can get sweeping views stretching from Dartmoor in the south up to the Bristol Channel and beyond on a clear day, while at night, Exmoor offers one of the best stargazing spots in the UK as an International Dark Sky Reserve.The park is also home to a large variety of wildlife including Exmoor ponies - which roam freely on the moor – rare butterflies, otters and wild red deer, a nod to Exmoor’s past as an ancient royal forest. But keep your eyes peeled for the legendary Beast of Exmoor, a huge puma or panther-like creature which some claim to have spotted roaming the moors.