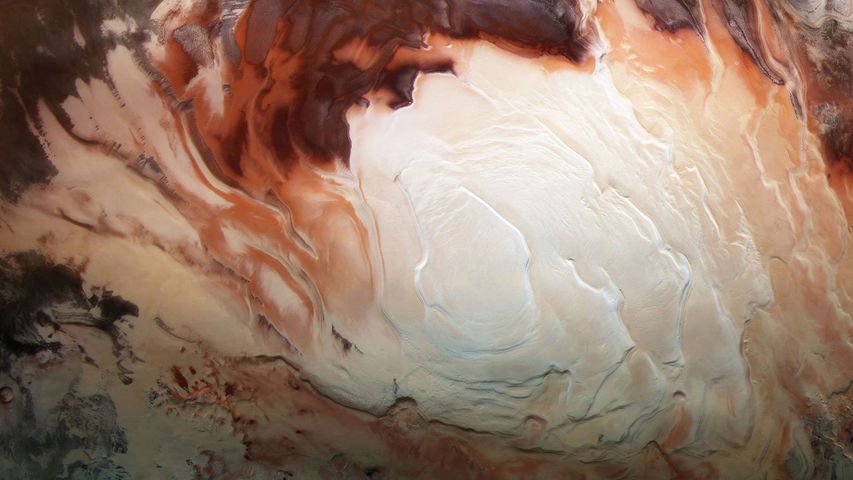 No, that's not a new frozen coffee drink from Starbucks; it's the southern polar ice cap on Mars. Mars is the only other planet in the solar system with visible ice caps, though they differ from Earth’s because the ice caps on Mars consist of both water ice and frozen carbon dioxide. The ice cap looks smooth here, but its surface is pockmarked with swiss-cheese-like depressions caused by the seasonal freezing and melting of the Martian winters and summers. While Mars has been observed by humanity for thousands of years, it was only on August 13, 1672, that Dutch astronomer Christiaan Huygens observed the ice cap using the most powerful telescope of the day. The giant of science designed the 50x magnification telescope himself, and with his brother, produced the lenses as well.

Multiple-exposure image of the Kitesurf World Cup in Germany