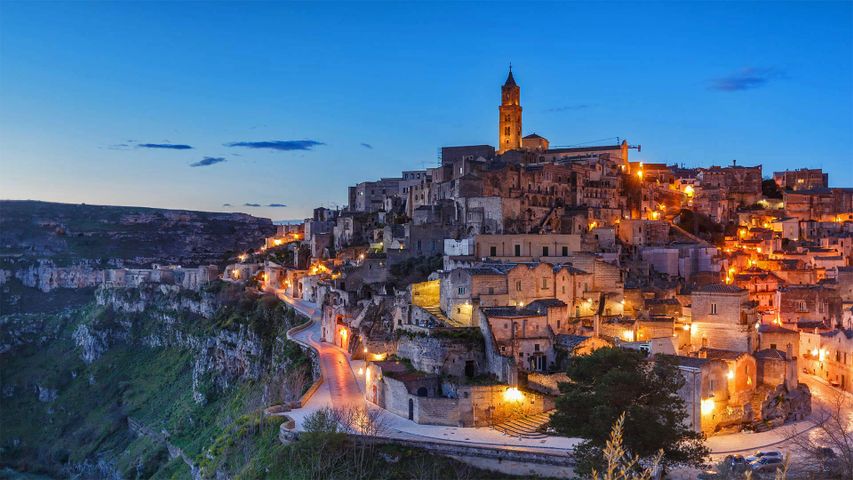 The first humans to settle in this area of what is now southern Italy took up residence in natural caves along the walls of the ravine formed by the Gravina River. Beginning around 9,000 years ago and continuing into the 20th century, the caves were further carved and expanded by these human occupants into an elaborate settlement. It's now called the Sassi di Matera, a pair of districts in the city of Matera, Italy.

Over the centuries, more modern structures were built on the land surrounding the caves, but people still lived in the cave-homes as late as the 1950s. Many have said that Matera is one of the oldest continuously inhabited cities in the world. In 1993, UNESCO named the Sassi di Matera a World Heritage site, and many of the cave dwellings have since been preserved—some of the once-decrepit caves have even been converted to restaurants and boutique hotels. Enough of the old-world charm still adorns Matera that Hollywood took notice. Filmmakers have used the city as a shooting location to stand in for ancient Rome and, in 2017, Wonder Woman's home, Themyscira.

Multiple-exposure image of the Kitesurf World Cup in Germany