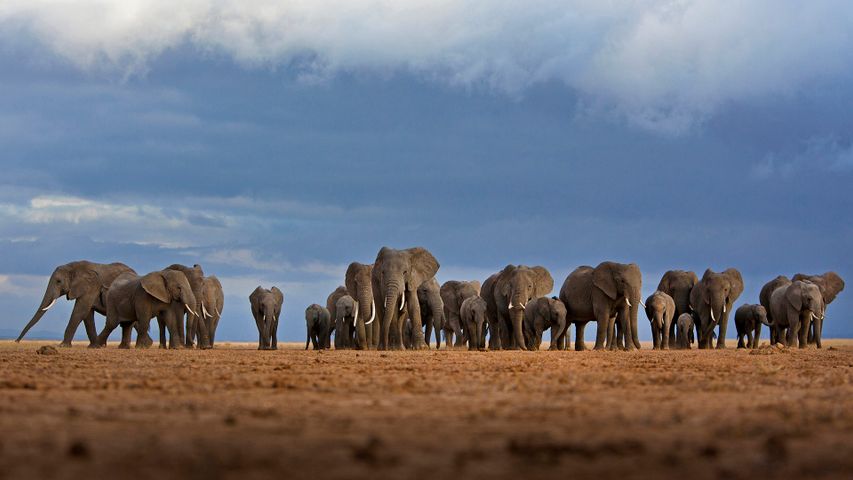 Today for World Elephant Day, we're at Amboseli National Park in Kenya, one of the best places in the world to see African elephants ambling on the savannah. (The views of Mount Kilimanjaro aren't too bad either.) The 151-square mile park, which has helped protect elephants and other African animals since it was established in 1974, is home to about 900 savannah elephants. The African elephants seen here may be enjoying their special day today, but they won’t be jumping up and down to celebrate—they weigh an average of 12,000 pounds, so they stay firmly on the ground.Poaching and habitat loss have decimated elephant populations. In Africa, there are an estimated 350,000 elephants, but there are only about 40,000 Asian elephants alive today, with one in three of those living in captivity. Another depressing statistic: Every day, poachers kill about 100 African elephants for their ivory tusks, meat, and body parts, which is faster than these majestic giants can reproduce. World Elephant Day was established in 2012 to raise awareness of the plight of elephants and prompt action on their behalf.Let's join this parade and do what we can to help them.