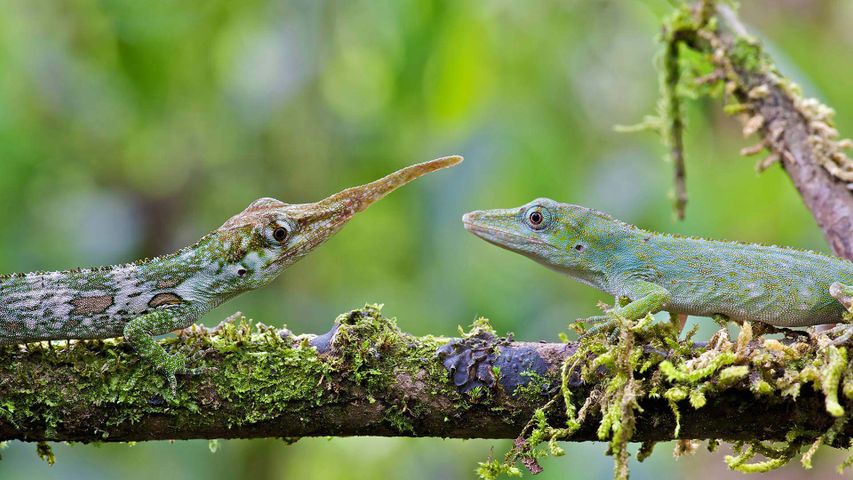 The curious case of the Ecuadorian horned anole has fascinated herpetologists, making it an excellent mascot for World Lizard Day. Its story starts in 1953, when a single male specimen of the species was discovered near the Ecuadorian town of Mindo. Over the next 13 years, only a handful of additional Ecuadorian horned anoles were found, all males, and each sporting the same long snout that earned its species the nickname ‘Pinocchio lizard.’ So rare and secretive is this anole, that for the next four decades no more individuals were found, and scientists feared the Pinocchio lizard had gone extinct. It wasn’t spotted again until 2004, when researchers glimpsed a female for the first time. She didn’t have a long snout, leading scientists to believe the male’s sword-like appendage is primarily used in courtship (insert your own joke here).