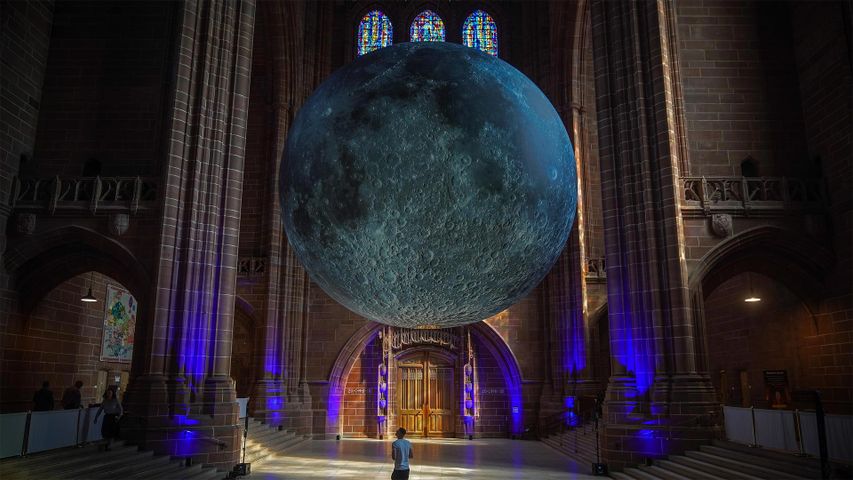 50 years after one giant leap. The Moon travelling round the globe

It was 50 years ago that Neil Armstrong and Buzz Aldrin became the first humans to feel an alien gravity tugging at them. By landing on the Moon on 20 July 1969, a mere 66 years after the first powered flight by the Wright brothers, the two astronauts met the challenge set by US President John F Kennedy seven years earlier to land men on the Moon before the end of the decade.In the decades since, Nasa and other space agencies around the world have continued to study our satellite companion to unlock its secrets. Those studies produced the detailed images and maps that British artist Luke Jerram used to produce his 23-foot-diameter sculpture Museum of the Moon (shown here in Liverpool Cathedral). The amazingly detailed installation is currently on display at the Houston Museum of Natural Science in Texas as part of the 50th anniversary celebrations of the Apollo 11 Moon landing.

Luxury stores reflected in the Christmas window display of the Fenwick's, London