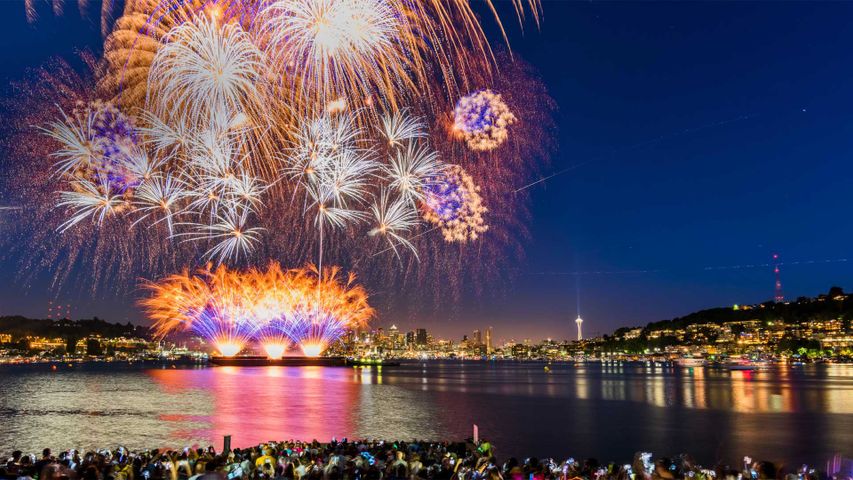 Join us in marveling at this pyrotechnical display from the shores of Lake Union in Seattle, which hosts each Independence Day a grand spectacle of fireworks soaring up to 1,000 feet into the sky, all synchronized to music. Chances are there’s something similar happening this evening where you live. All across the United States on July 4, we come together as a nation to celebrate the signing of the Declaration of Independence in 1776, one of the best break-up letters ever written. In it, the Second Continental Congress puts Great Britain on notice that the 13 American colonies are no longer subject to its rules or rulers and instead have formed a new country, the United States of America. Declaration signers, recognizing the importance of the moment and the message, anticipated that generations later, we would remember and celebrate 'from one end of this continent to the other.'So, while you're enjoying all those barbecues, fireworks, and picnics, in a way you're also expressing your unalienable rights to life, liberty, and the pursuit of happiness. Happy Independence Day!

Fireworks over the Potomac River in Washington, DC