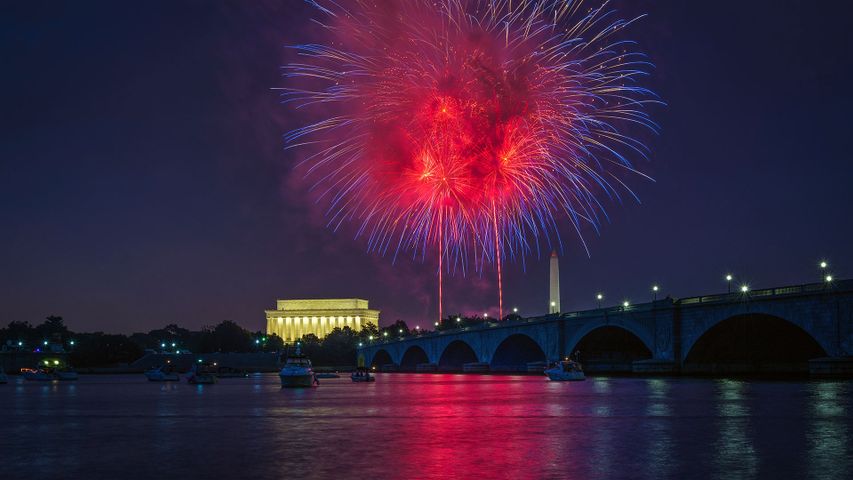 Across the United States on July 4, we celebrate the adoption on this day in 1776 of the Declaration of Independence, one of the best break-up letters ever written. In this pronouncement, the Second Continental Congress put Great Britain on notice that the 13 American Colonies were no longer subject to its rules or rulers and were forming a new country, the United States of America. Declaration signers, recognizing the importance of the moment and the message, anticipated that generations later, we would remember and celebrate 'from one end of this continent to the other.' The celebration we're looking at here is at the National Mall in Washington, DC, with fireworks rising above the Lincoln Memorial and Washington Monument, and reflected on the Potomac River.