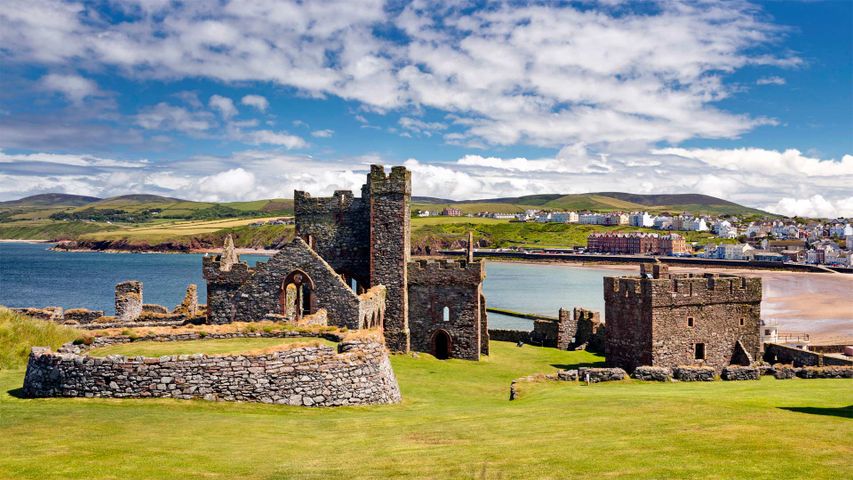 Midsummer Court on Tynwald Day. Peel Castle on St. Patrick’s Isle with the Isle of Man in the background

The Isle of Man has a long and complicated history of invasions, conquests, and systems of government. Pictured on today’s homepage are the ruins of the cathedral on the grounds of Peel Castle, on St. Patrick’s Isle (which is connected by a causeway to the rest of the island). Vikings built the original wooden fortification during the 11th century on a location that had older Celtic monastic structures made of stone, which were incorporated into the castle. Over the next eight centuries, the various Norse, Scottish, and English rulers of the area added battlements, towers, and the cathedral to the grounds.After the Vikings incorporated the Isle of Man into their Kingdom of the Isles in the 9th century, they also brought their particular tradition of parliamentary government to the island. This tradition survives today as the Tynwald, the island’s tricameral parliament. Purportedly the oldest continuous parliament in the world, the Tynwald gathers outside on a special four-tiered hill every Tynwald Day—usually July 5—to promulgate the laws that have been passed in the last year. The meeting, the first recorded instance of which dates to 1417, is known as Midsummer Court.