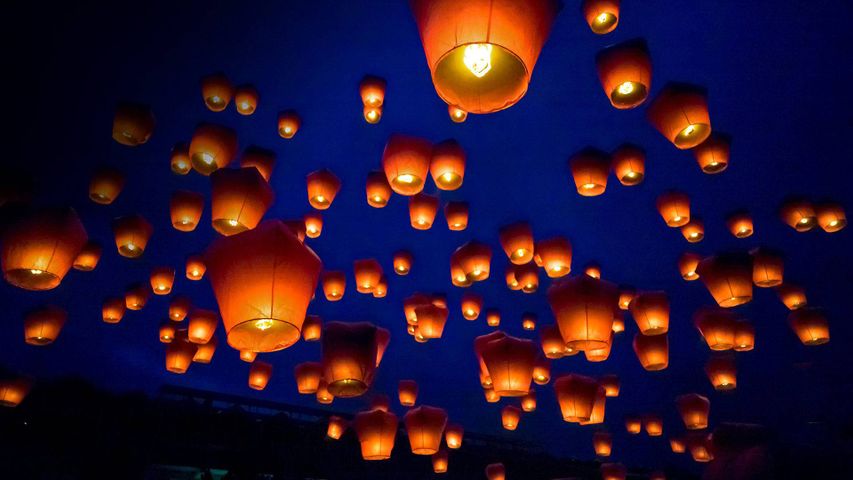 We’re in Taipei, Taiwan, for the Pingxi Sky Lantern Festival, an event that’s lauded by travel writers as a ‘bucket list’ experience. Traditionally, lantern festivals like this one mark the end of Chinese New Year celebrations. The Chinese New Year began on Feb 5, ushering in the Year of the Pig, according to the Chinese Zodiac. At the Pingxi Lantern Festival, participants will write wishes and prayers onto rice-paper lanterns before releasing them into the night sky. Thousands of people descend on Taipei for the event. What destinations are on your must-see list?

Dusk settles on Whistler Mountain in the creekside, Whistler, B.C.

Frost on the banks of the Taylor River on the road to Tofino, B.C.