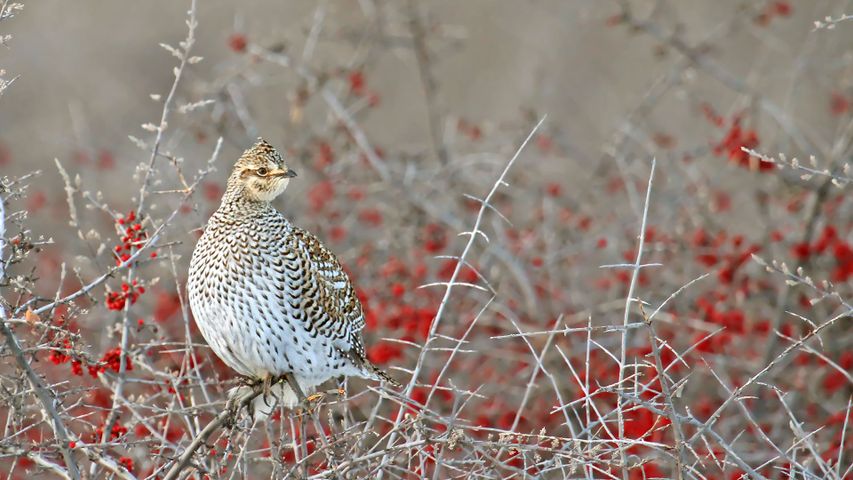 Native to Canada and the U.S., the sharp-tailed grouse are often located in prairies, grasslands, agricultural areas, bogs and open woodland habitats. In the beginning of fall, they move to areas of higher elevation with taller shrubs and open wetlands, where they stay throughout the winter. Although sharp-tailed grouse are not normally migratory birds, they have been known to migrate less than 34km from their winter locations during harsh winters.

Confederation Hall at the Parliament Building in Ottawa, Ont.