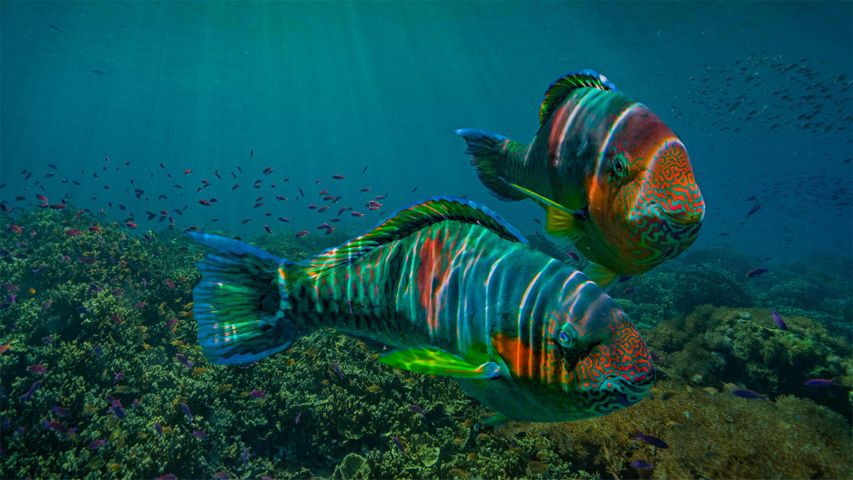 Colourful cows of the reef

These brightly coloured parrotfish are swimming off the coast of the Negros Oriental province in the Philippines. Over 80 species of parrotfish live in abundant numbers in the world's tropical seas, with the most species diversity found in the Indo-Pacific region. These thick-bodied fish have large scales and a beak of fused teeth they use to diligently scrape off delicious algae from reefs and rocks. Some also eat coral, which they grind up with plate-like teeth in their throats. Researchers say parrotfish play a critical role in the health of coral reef by eating algae that can choke off coral growth. They also help replenish the white sandy beaches near these tropical reefs. How? After parrotfish digest the edible parts of coral, they excrete what's left as sand–a lot of sand. In some species, a single parrotfish can poop almost 1,000 pounds of pearly white sand each year. But never mind that–some trivia is best not to dwell on.

Dusk settles on Whistler Mountain in the creekside, Whistler, B.C.

Frost on the banks of the Taylor River on the road to Tofino, B.C.