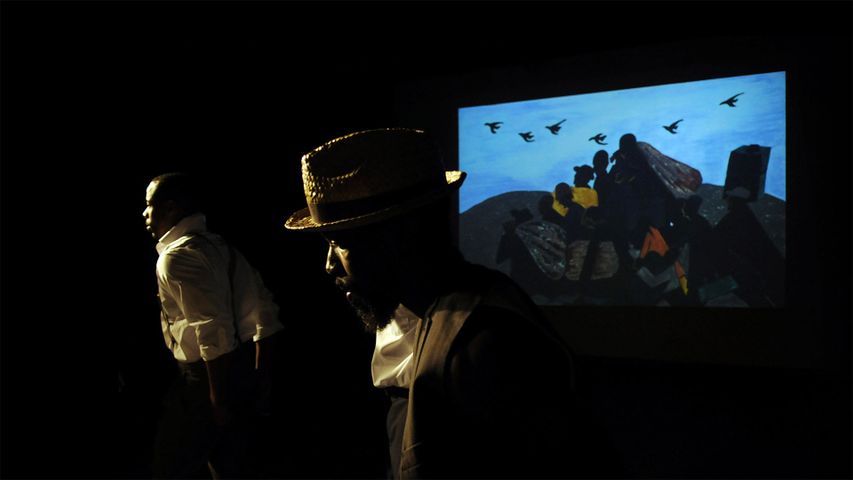 The African American tradition of stepping (aka step-dancing) uses footsteps, claps, and the spoken word to create intricate rhythms. These dancers are part of Step Afrika!, an American dance company dedicated to the tradition of stepping. They’re shown here rehearsing ‘The Migration: Reflections on Jacob Lawrence’ at their home base, Atlas Performing Arts Center in Washington, DC. ‘The Migration’ is a show that tells the story of African American migrants who moved away from the rural American South to the more industrialized North in the years between World War I and World War II. On stage, the performance features a backdrop of images from artist Jacob Lawrence’s ‘The Migration Series,’ a group of 60 paintings he made about the same topic in 1940 and ’41.