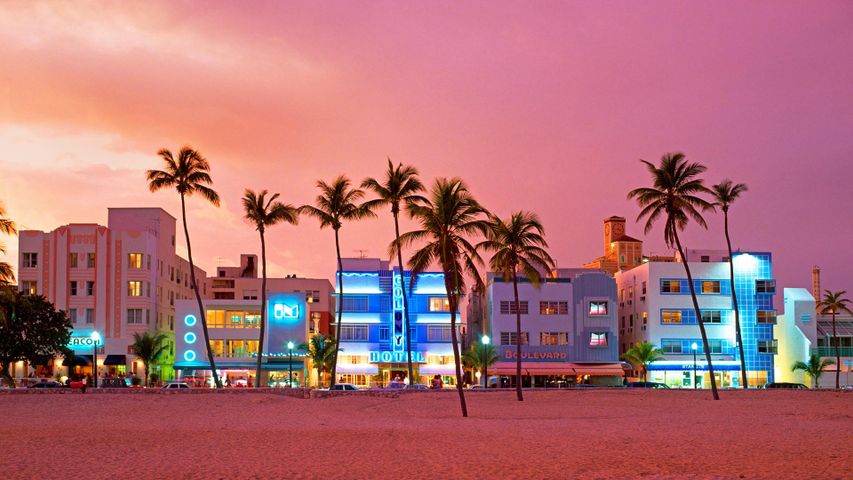 We’re getting Don Johnson vibes from this image of Miami’s iconic Ocean Drive. It’s an American landmark that’s appeared in many TV shows and movies over the years while also being home to celebrities like Gianni Versace. This weekend the city is celebrating the neighbourhood’s distinct architecture. Art Deco Weekend is a long-running, free community festival that shines a light on the unique architecture here on Ocean Drive and throughout the Miami Art Deco District. Art Deco, which reached its peak in the 1920s in the United States, is known for streamlined designs and symmetrical geometric figures, a look that pairs nicely with Miami’s beloved ocean views.