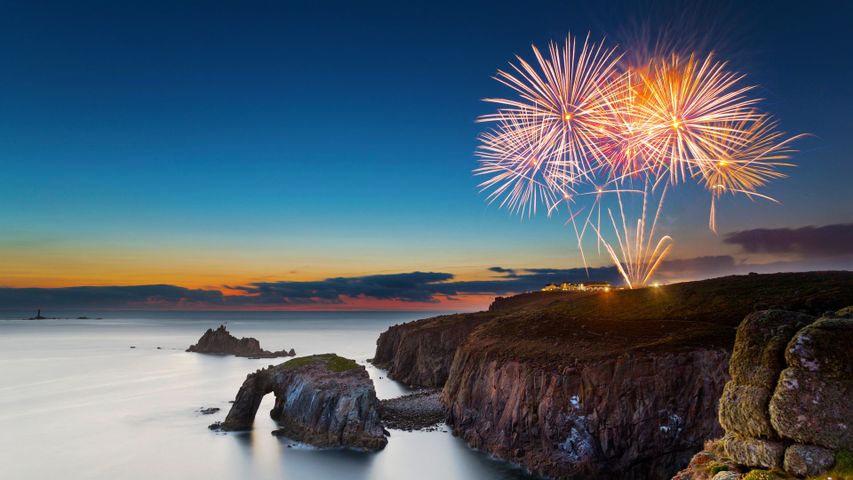 Situated in Cornwall at the end of the Penwith peninsula, Land's End is mainland Britain’s most south-westerly point. As well as this spectacular firework display, there are dramatic coastal views to take in from the 200-foot-high granite cliffs, where you should be able to spot the Longships, a group of rocky islets marked by the Longships Lighthouse. Beneath the waves between Land's End and the Isles of Scilly – an archipelago 28 miles away – is the supposed location of the mythical lost land of Lyonesse, referred to in Arthurian literature. If you're visiting Land's End, it's obligatory to get your photo taken next to its famous signpost, especially if you're trekking across the length and breadth of Britain to John o' Groats in Scotland.