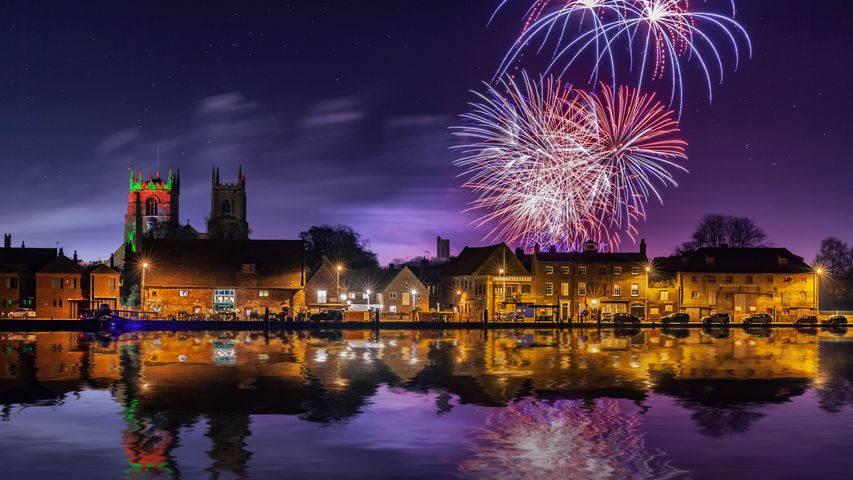 Back with a bang. Bonfire Night

After many cancellations in 2020, Bonfire Night celebrations are back for 2021. Wrapping up warm to enjoy displays like this one, in the historic Norfolk town of King’s Lynn, is an annual British tradition. But fireworks displays here didn’t start with the Gunpowder Plot. The first recorded one in England predated it by more than a century, at the wedding day of Henry VII and Elizabeth of York in 1486. They really took off in popularity under Elizabeth I.

But, of course, they are most commonly associated with celebrations marking the foiling of the 1605 attempt to blow up Parliament and King James I. This annual celebration was established by Parliament, just two months after Guy Fawkes was caught red-handed with barrels of gunpowder beneath Parliament. Back then it was known as Gunpowder Treason Day, marked with church sermons, bonfires and general high spirits. In the four centuries since, it has been known variously as Bonfire Night, Fireworks Night and Guy Fawkes Day or Guy Fawkes Night. Whatever you call it, more than 400 years later, bonfires and fireworks are still enticing the crowds out as the nights draw in.