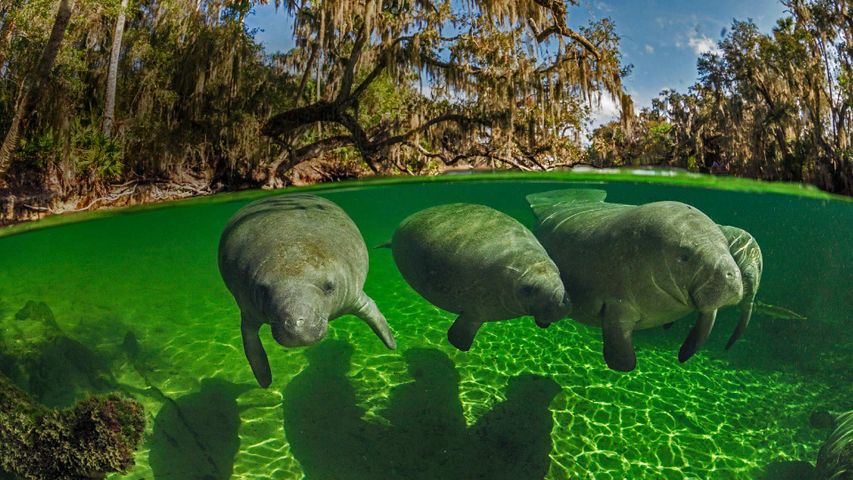 We’re visiting Blue Spring State Park in the south-eastern US state of Florida for Manatee Awareness month. As winter approaches in the northern hemisphere, Blue Spring becomes a safe harbour for manatees, aka sea cows, looking for warmer, inland waters. It’s also a protected area for the manatees, where they can eat and swim without fear of injury from boats. In fact, many of the manatees in Blue Spring are identified by researchers by the scars they bear from accidental boat collisions and motor blade cuts. Identifying individual manatees has been crucial to tracking the population rebound of this once endangered species. A 2016 census of manatees in the international state’s springs put the population there at 6,250 of the large, surprisingly graceful beasts.