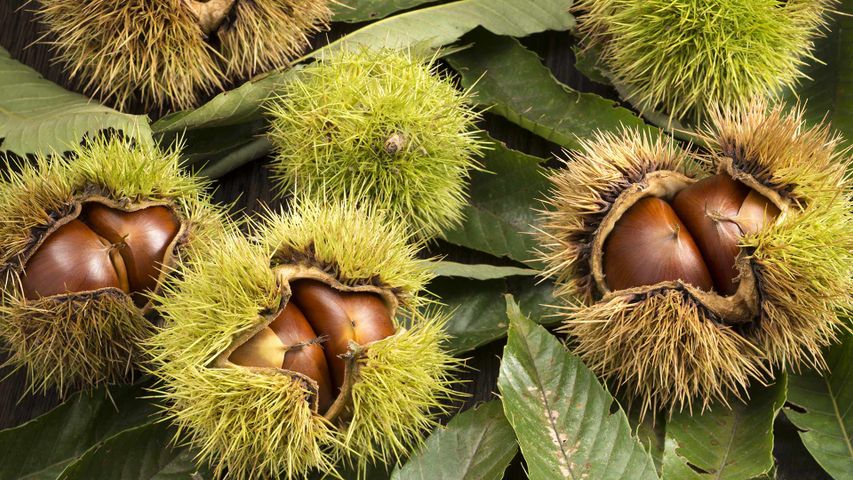 With its prickly skin yet shiny core, the thought of roasted chestnuts certainly makes our mouths water. After all, is there anything nicer than a tray of the tasty treats fresh out of the oven?

The dark brown nut - also known as a sweet chestnut - usually ripens from September to November, and falls to the ground once the plant fully opens – a reason why they‘re often referred to as "plump fruits". They’re also an incredibly nifty ingredient - sometimes pureed or turned into flour, while the French often serve boiled chestnuts as a delectable side dish.

In the past, sweet chestnuts were commonly spotted around the Mediterranean, but these days plants can be found in more northern regions like Germany, France, England, and southern Scandinavia.