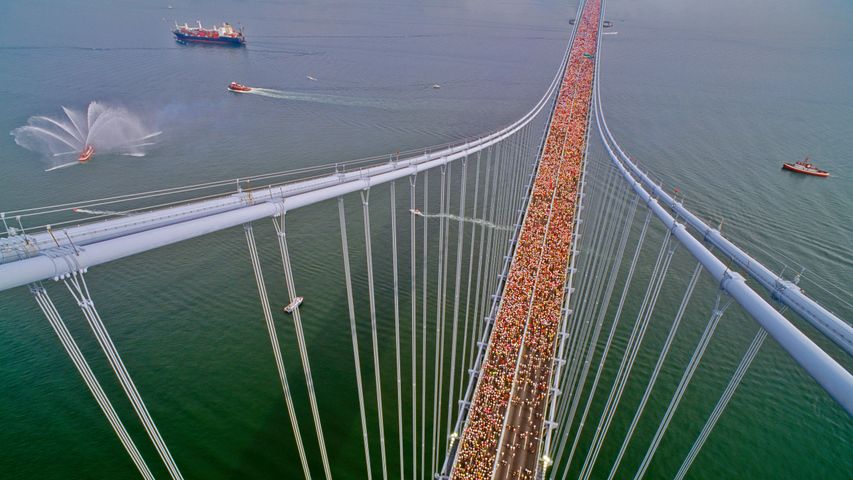 Verrazzano-Narrows Bridge is a suspension bridge across New York Bay between Brooklyn and Staten Island. At 1,298-metres it was the longest bridge in the world when it was completed in 1964, until the completion of the Humber Bridge in 1981. But it’s perhaps most famous for being the location of the New York City Marathon. Starting from here, runners cross from Staten Island into Brooklyn, eventually coursing through all five boroughs of New York. This photo gives you an idea just how many people take part in the race. The first five New York City Marathons were run in Central Park, but New Yorker George Spitz suggested re-routing the marathon through the city to celebrate the 1976 US Bicentennial. The marathon has started on this bridge ever since.